The breathtaking scenery of the iced lake facing the Engadine mountains and the fierce athletes on the majestic horses: this image would be enough to provoke endless emotions. The Snow Polo in St. Moritz is all of this and much more. 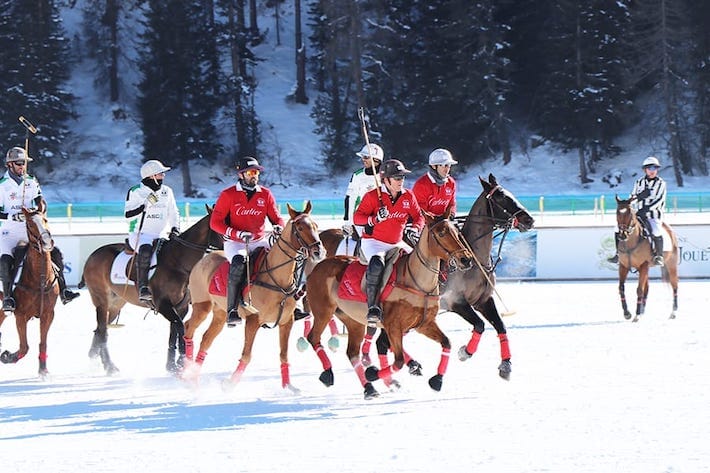 There are the international sponsors that bring glamour to the polo arena, starting from the elegant Maserati with their exciting test drives; there is Perrier Jouet Champagne, with a stand dedicated to its perlage; and there are the 5 and 4 star luxury hotels: Badrutt’s Palace, Kulm, Carlton, Suvretta Haus, all bringing superior services to their lucky guests. The Palace, for example, has hosted the Gala dinner (Baku Gala Night) and the Farewell Party. 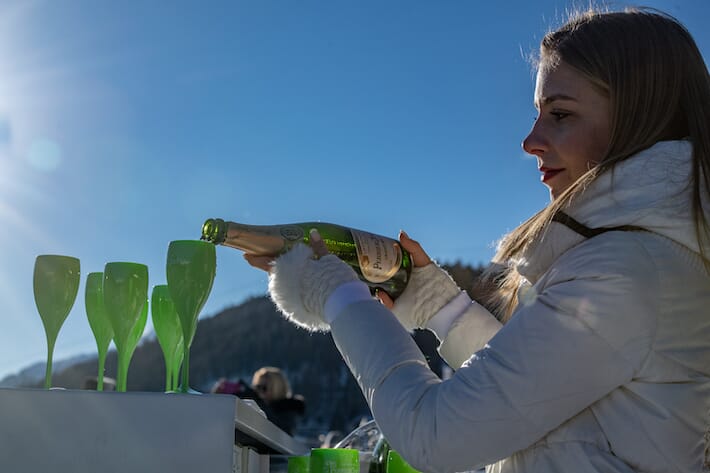 The first Snow Polo competition was held in St. Moritz in 1985. Since then, this event has become a regular appointment thanks to Evviva Polo St. Moritz Ltd (founded in 2014). With the partnership of the city of St. Moritz, the Society brings the manifestation to new levels of excellence here after here, collaborating with luxury hotels, boutiques, jewellery shops, restaurants. 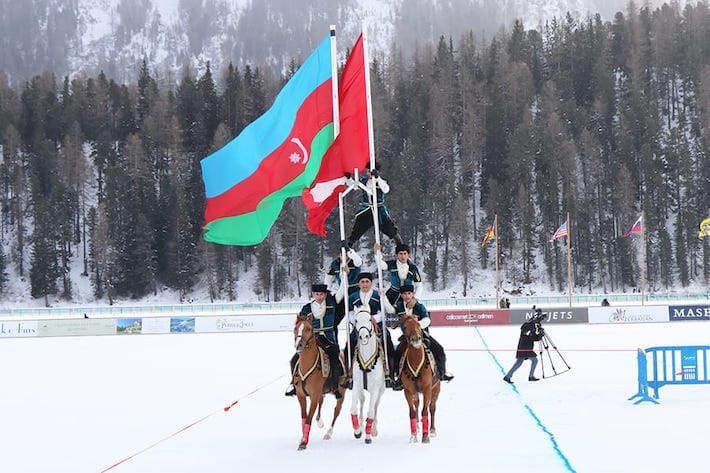 4 “high-class” teams competed for the title:

Jan-Erik Franck, the Official Announcer of the tournament, reprised his role as ‘The Voice of Polo’, commenting on the competition and entertaining the public with exhilarating jokes. Together with the DJ, Franck is the backbone of the 4 days of the tournament. 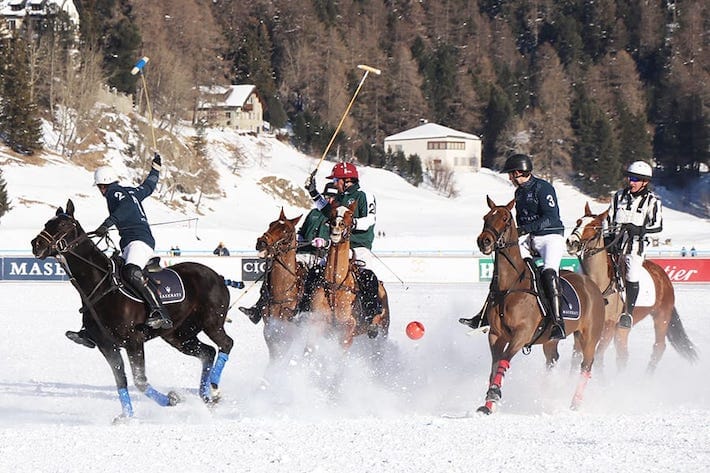 For the first time this year, Azerbaijan opened the tournament. The dancing horses involved the audience in an emotional show.

The teams’ entrance was as impressive as ever, with Maserati as their usher. Power, beauty, luxury: seeing the wheels and the horses on the iced lake is a one of a kind experience. 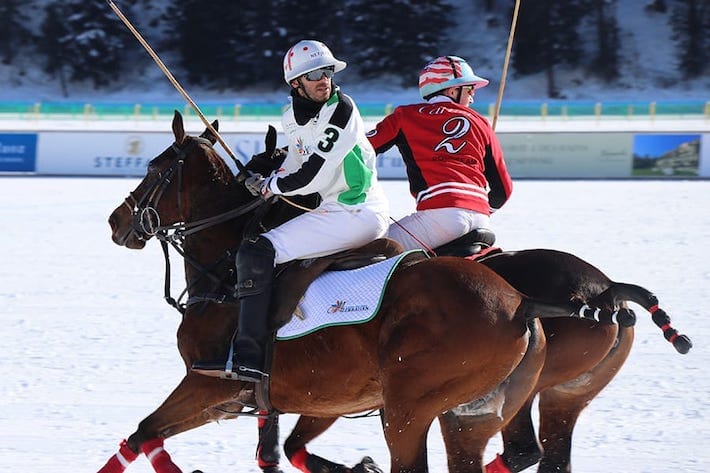 The tournament is always unpredictable: riding on ice while fighting for a ball is not easy. And some collisions actually happened: La Placette had to undergo a minor surgery after a fall. Yet the tournament should never stop, and the polo player kept on racing on the snow to reach the victory. Everyone is after the Cartier Trophy, presented by Mrs Laurence Bourgeois, Cartier Managing Director (Switzerland), and Mrs Kaethy Dobers, Boutique Director of Cartier St. Moritz.

The Cartier Trophy was won on Sunday by the Badrutt’s Palace Hotel Team.

All the Snow Polo Trophies 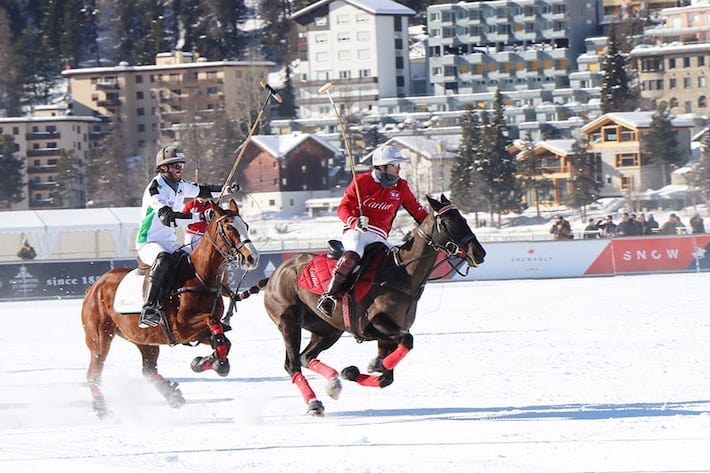 Among the other prestigious trophies of the tournament, the Trofeo Maserati, the Deutsche Bank Wealth Management Challenge (won by Maserati), and La Martina Cup, thanks to the partnership with La Martina.

The award for Best Player went to Alejandro Novillo Astrada, who also won the Best Horse award with Pantera. Melissa Ganzi was nominated Best Captain by Peter Schmid, Member of the Executive Board Deutsche Bank.

The Snow Polo in St Moritz is a crucial event for the lovers of mountain views, iced lakes, horses, winter sports, and unbridled luxury.

TRANSYLVANIA, BEYOND VAMPIRES AND CASTLES