When we talk about Myth, we need to think about what it represents. Myth is fable, memory, religion, a fantastic creation, an ideal symbol for mankind. But it’s also represented by concrete objects. This time, our wanderings will get you to the right place where to find the answer to what myth really is. And so, at the dawn of a new day, a familiar shape is colored with all the tones of orange and pink. All around, life begins to twirl, the start of a new intense day in Athens, on the traces left by the Greek Gods. 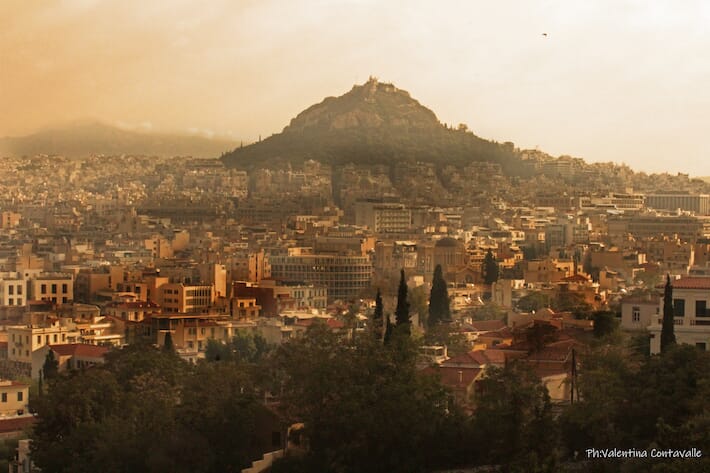 Mediterraneo: A Journey Into the Land of Myths – Finding Athens (Ph. Valentina Contavalle)

Athens, one of the oldest cities in the world; once a flourishing Polis, considered to be the cradle of Western civilization. Everything seems to have started here: philosophy, art, history, politics.

Known throughout the world as the birthplace of democracy, Athens was home to Plato’s and Aristoteles’ academy, as well as to Socrates, Pericles, Sophocles and many other philosophers and important figures of the ancient times.

Visiting Athens almost seems like a “moral obligation” for anyone who cares about Europe’s fate today. Not surprisingly, in the face of the economic and financial difficulties that have severely affected Greece in recent years, authoritative opinion leaders have spoken of the risk of a possible decline of Western civilization as we know it. As if to say that: “where it all began, everything could end“.

These are only assumptions, mind you. The reality, however, is that it’s impossible to avoid the “weight of history” of Athens, even when you come here as a simple tourist. Modern, reactive, innovative, proud, unstoppable and culturally lively. A city to be discovered.

THE HEALING TOUCH OF AYURVEDA AT SOMATHEERAM, ...