Thinking about a trip in France, the first images that come to mind are the spire of the Eiffel Tower or the villages of Normandy, while a city like Lyon returns to the memory of businessmen only.

If Paris is France’s showcase, Lyon could be its kitchen. Although it is true and established that Lyon is a financial center of international importance, the city does not limit its offer to banks and similar. In addition to the most varied attractions, this city can boast a top-level gastronomic panorama.

Lyon as a Culinary Capital 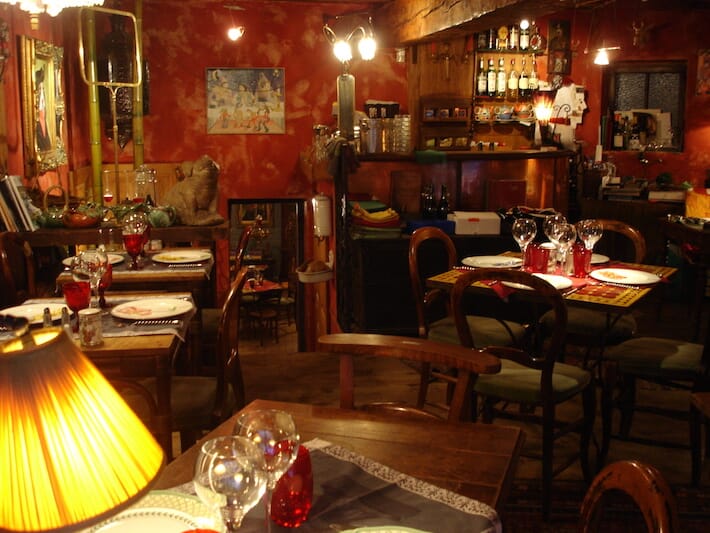 Walking through the streets of the city, you cannot help but stop in one of its typical Bouchon, traditional taverns where you can enjoy a great meal with typical specialities of the Auvergne – the city’s region – washed down by an equally excellent local wine. Inevitable in every good menu are the andouillette, a typical sausage, the quenelle de brochet, pike balls, and classic cheeses like the Saint-Marcellin, with a soft inside and a hard crust.
Sweets lovers will find inspiration in a historic pastry shop, Voisin, where they will be able to taste the famous Coussin, almond paste desserts filled with liqueur flavored chocolate ganache. 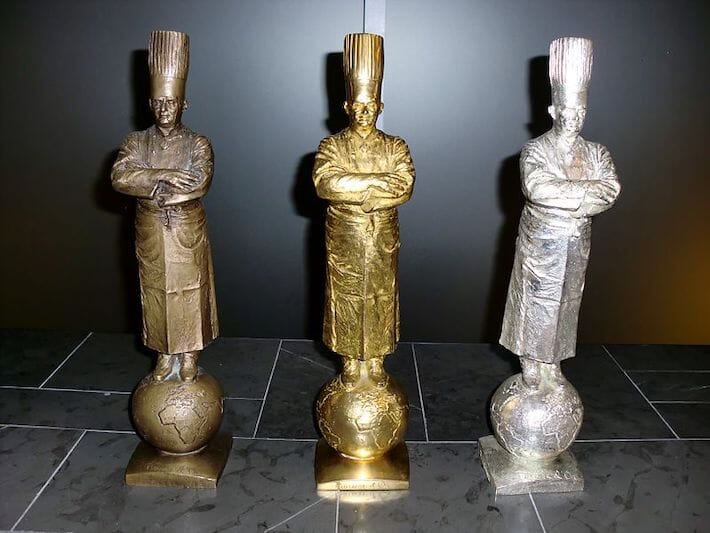 Further confirmation Lyon’s gastronomic excellence comes from the World Cooking Competition, better known as Bocuse d’Or, which is held here every two years and brings together the best chefs on the planet.
Lyon demonstrates its ability to host both a traditional soul and a vocation for international haute cuisine, of which Paul Bocuse, whose memory is honored by Lyon’s chefs, was mentor and spokesman.

Lyon is the perfect destination for gourmets and gourmands, but it has much to offer even to fitness lovers. Starting from its landscape on the hills of the Croix-Rousse and the Fourvière, reflected in the confluence between the Rhone and Saone rivers. 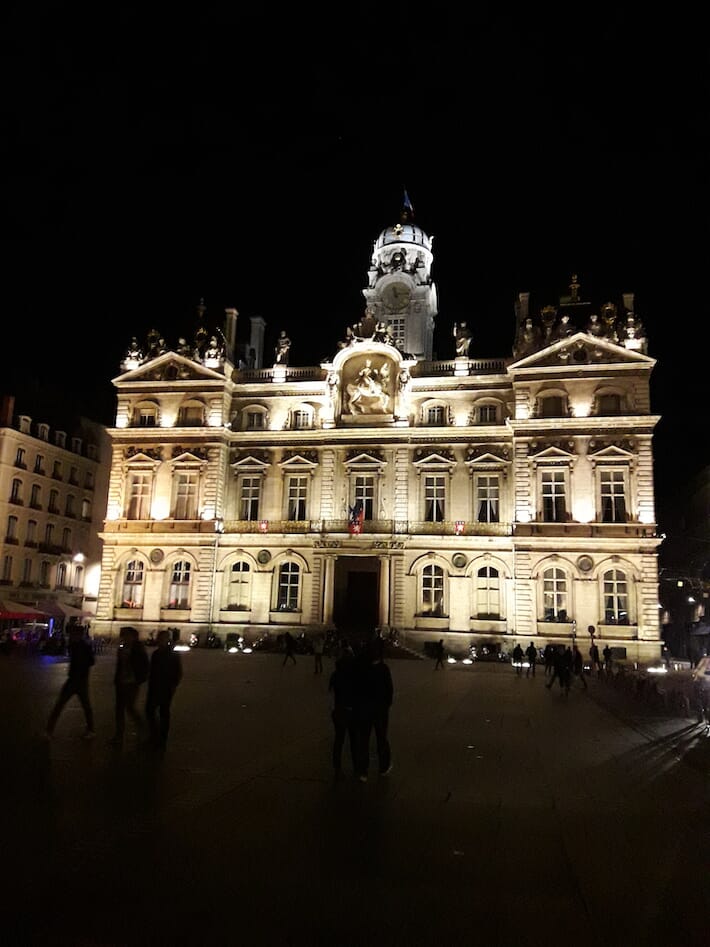 One of the best places to start your visit is the central Place des Terreaux, located in the part of the city between the two rivers and enriched by the Bartholdi fountain, inspired by the Apollo basin of Versailles. Overlooking the place are the Hôtel de Ville, built in the seventeenth century, and the Museum of Fine Arts, which collects a considerable heritage of ancient artifacts and paintings from all over Europe by Perugino, Guido Reni, Rembrandt, Monet, Manet, Degas, and De Chirico. There are also sculptures, including those of the famous Canova and Rodin. 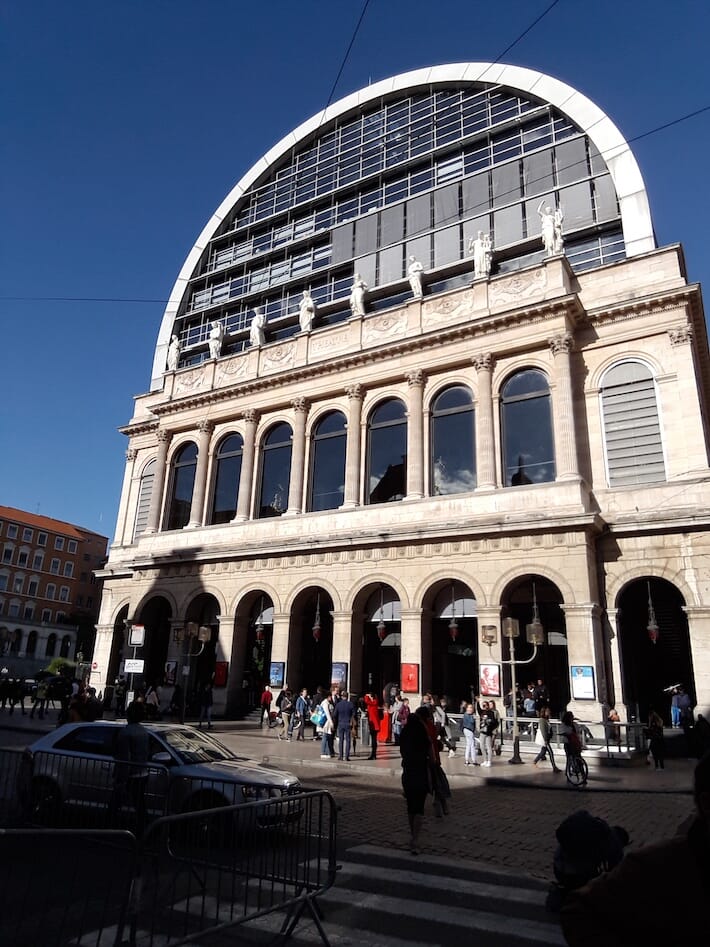 A few blocks away, after a walk through the artworks, melomaniacs will have the opportunity to visit one of the French temples of opera and ballet, the Opéra, also known as Opéra Nouvel, from the name of the architect who recently restored it. 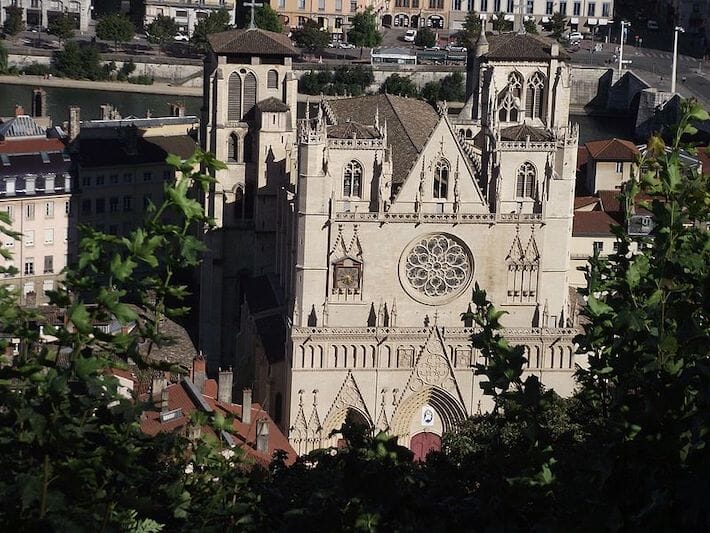 Crossing the Saône, you can reach Old Lyon, the medieval and Renaissance heart of the city, characterized by narrow streets dotted with traboules, characteristic pedestrian crossings that allow moving through the courtyards of adjacent buildings, often protected from bad weather.
The district is dominated by the Cathedral consecrated to Saints Stephen and John the Baptist, characterized by a flaming Gothic architecture and largely built with reused Roman remains. 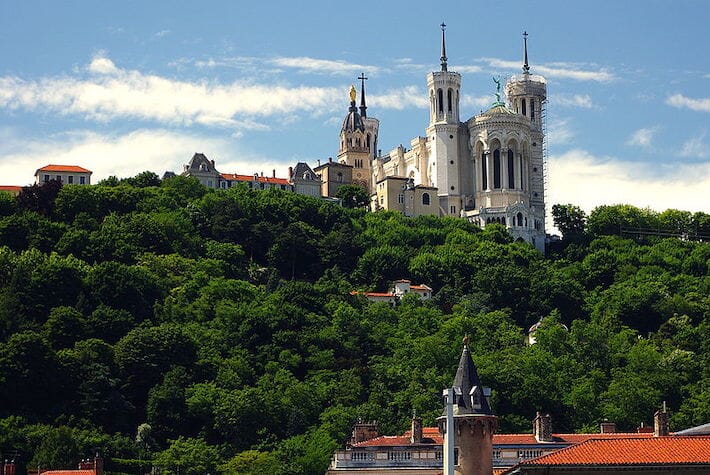 After passing the Cathedral and proceeding towards the Fouvrière Hill, facing a long walk for the more sporty, or simply taking the funicular, you can reach the Basilica of Notre Dame, built in Byzantine-Romanesque style in the late nineteenth century, similar in color and position to the Sacred Heart of Paris, and from which you can enjoy a breathtaking view of the city. 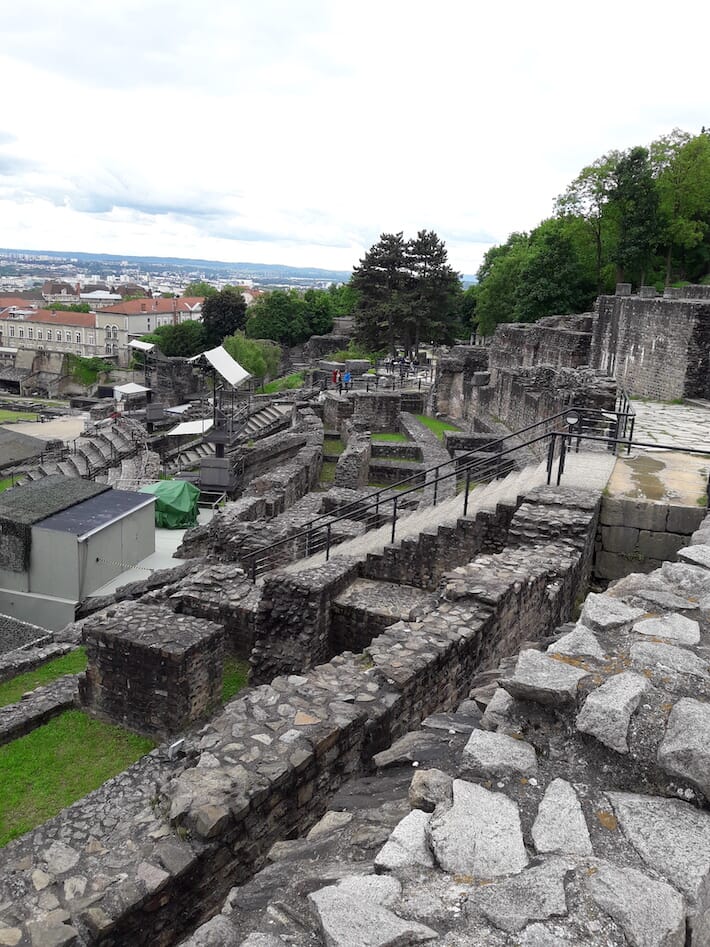 Not far from the Basilica, archaeology enthusiasts should not miss a visit to the remains of the Gallo-Roman theater and amphitheater, memories of an ancient past when Lyon, known at that time as Lugdunum, was the capital of the province of Gaul.

A Space for Cinephiles 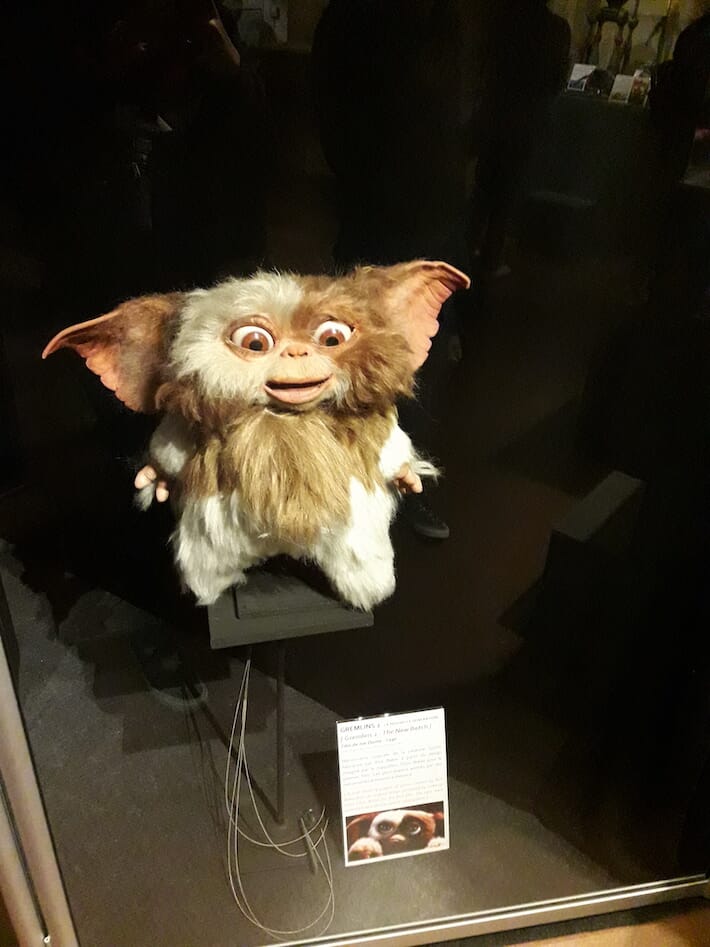 Lyon attractions – A Mogway (Gremlins) from the Cinema Museum

Returning to the Old City, going for a walk on Rue Saint-Jean, you can find a splendid museum dedicated to cinema and miniatures, an authentic pearl for cinema lovers.

The structure, developed on five floors, houses the faithful reproduction of various places created by artist Dan Ohlmann. There are also theme areas dedicated to special effects and international film sets, among which we must mention Alien and Star Trek, as well as five locations of the film Perfume – Story of a Murderer.

A Bit of Shopping in Lyon 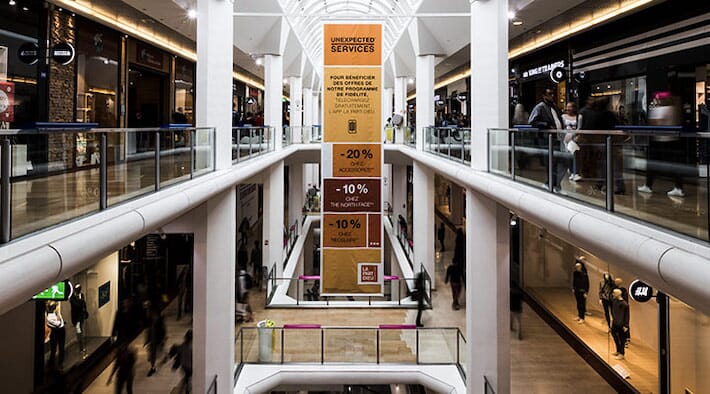 Between culture and gastronomy, shopping has its own dimension in Lyon, first of all in the area adjacent to the central Rue de la République, where you can find the Printemps department stores with annexed international labels.
For those who prefer to shop sheltered in a nice shopping mall, the best solution is La Part Dieu, not far from the train station. It’s a paradise for compulsive buyers, with over one hundred stores from Galerie Lafayette to Primark, dozens of restaurants, a supermarket and a cinema.

Of course, Lyon does not lack a place purely dedicated to food. You will find it not far from La Part Dieu, in Les Halles Paul Bocuse, a covered market designed by architect Tony Desjardins where to buy fresh or typical products, from entrée to dessert.

Where to Eat in Lyon

Finding a good place to eat in Lyon is not difficult; the hard part is choosing a place in the midst of the great variety offered by the city. The only thing to do is to rely on instinct and choose a bouchon or one of the haute cuisine restaurants and prepare to eat well anyway. 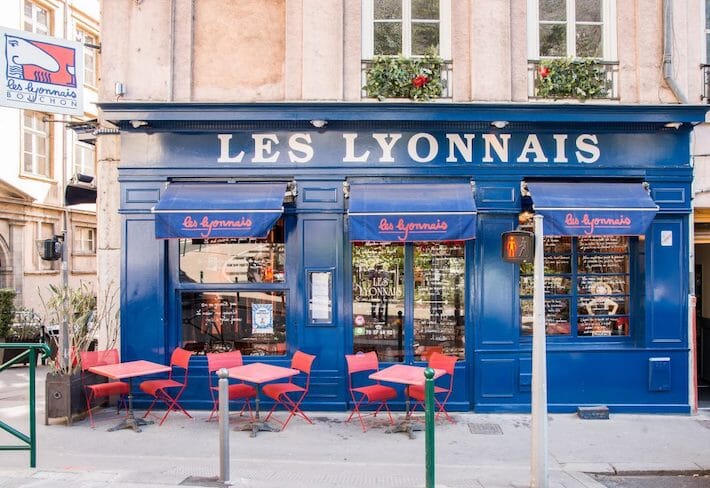 For those who prefer traditional cuisine, Les Lyonnais is the right place, a classic bouchon located in Old Lyon, just a few meters from the Cathedral. As soon as you enter, you can breathe the atmosphere and aromas of Auvergne, between rustic furnishings and particularly friendly staff. The menu stars the timeless Salade Lyonnaise, the famous terrines, and the praline cake, one of the most representative desserts of the city. 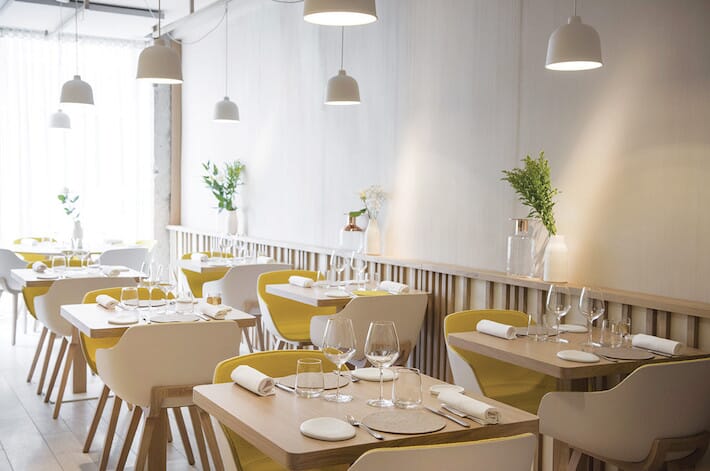 For those who prefer a more modern approach to food, but still noteworthy, the Prairial, which boasts a Michelin star, is definitely the right place. The kitchen of Chef Gaëtan Gentil – characterized by an approach only apparently simple and matched to nature and the choice of seasonal, fresh raw materials – will be able to conquer even the most demanding palates, with menus that are always different day after day. The same quality can also be found in the dining room staff, always attentive and able to meet the needs of the customers. 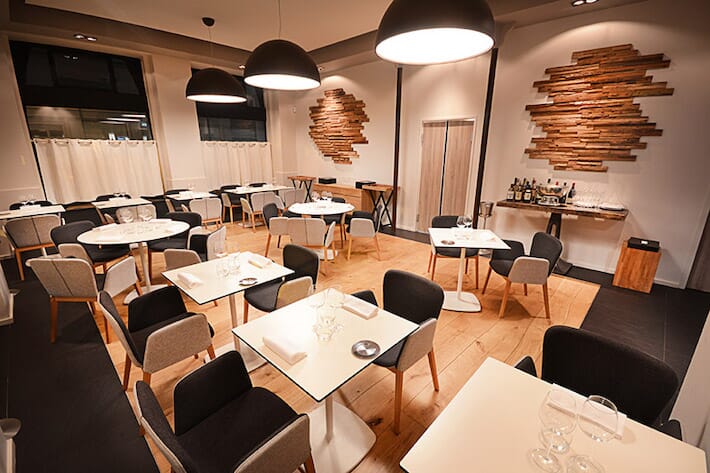 A different approach, but equally valid, is that of Chef Takao Takano and his namesake restaurant, awarded with two stars by the Michelin Guide 2019. The culinary concept is based on fusion cuisine, an harmonization of the classics of the French tradition with the distant but equally superb Japanese cuisine, whose influence already shines in the amuse-bouche. Needless to say, the typical Japanese composure and grace are reflected by the professionality of all the staff.

Where to Sleep in Lyon

Being a particularly important center, Lyon is not short of hotel facilities that can adapt to the needs of every visitor.

Part of the Accor hotel group, the Ibis Part Dieu is a few hundred meters away from the train station. The noise, however, is not disturbing, thanks to the soundproofed windows.
The rooms are simple but comfortable and equipped with private bathrooms. This hotel features a bar and a restaurant, as well as room service and laundry. Last but not least, especially for those traveling accompanied by four-legged friends, the hotel admits the presence of animals.

How to Reach Lyon 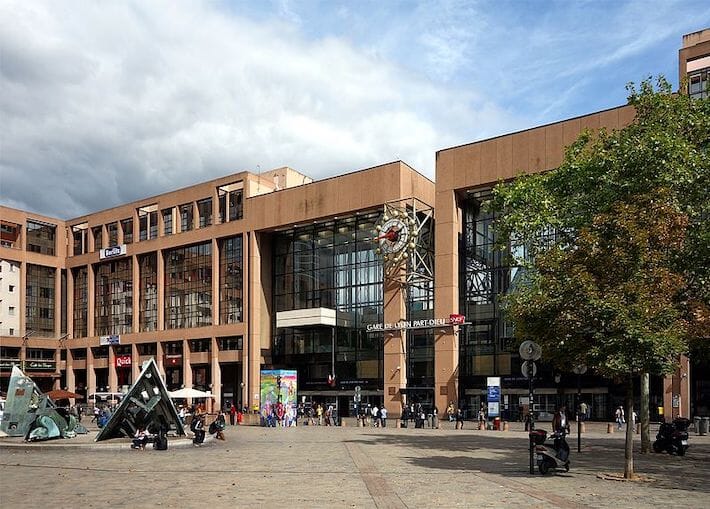 As an international economic and cultural center, Lyon is well served by transport infrastructures, favored by the city’s geographical position.

The first way to get to Lyon is by plane, landing at the international airport dedicated to Antoine de Saint Exupéry; alternatively, you can use the train, passing through the station of Part Dieu, which connects Lyon to cities such as Turin and Milan. The city is also connected to various parts of Europe through various bus services.

There are many ways to get to Lyon, as there are many reasons to visit it, either gastronomic or cultural. The only thing to do is to organize and leave immediately!

SANTORINI ISLAND AND THE MEDITERRANEAN: JOURNEY IN ...