2018 is a year of important exhibitions in Italy. From the great return of Frida Kahlo in Milan to the celebration of Rodin in Treviso, from Van Gogh’s wheat fields in Vicenza to the performances of Marina Abramovic in Florence, up to Monet’s waterlilies at the Vittoriano in Rome. Here are the best 7 best art exhibitions in Italy in 2018.

FRIDA BACK TO MILAN WITH A GREAT EXHIBITION AT THE MUDEC

Milan celebrates Frida Kahlo with a great retrospective, a unique opportunity, after 15 years, to see all the works from the Museo Dolores Olmedo in Mexico City and the Jacques and Natasha Gelman Collection, the two most famous collections of the Mexican painter in the world. On show, there are also masterpieces never seen in Italy coming from different international museums.

The Frida Kahlo exhibition staged at MUDEC in Milan, from February 1st to June 3rd, is an exhibition of disruption compared to those proposed in recent years. Thanks to the archive of Casa Azul, in fact, rediscovered in 2007, a new research around the figure of Frida Kahlo and her works has begun. The purpose of these new interpretations is to discover the woman and the painter “beyond the myth”. An interesting and innovative perspective, especially with respect to the stereotypes that often this almost legendary figure has lent itself to for decades. A perspective that makes us discover the essence of Frida Kahlo – the woman before the painter. A woman who entered the myth for her story of rebellion and pain, even before being an artist. Mudec stages a touching exhibition, not to be missed.

On the occasion of the first centenary of the death of Auguste Rodin, Treviso celebrates the French sculptor with a great exhibition in the Museum of Santa Caterina. The exhibition is part of the larger project that this year will involve the Grand Palais in Paris and the Metropolitan Museum of New York.

Treviso’s exhibition will showcase 80 of Rodin’s works, including 50 sculptures and 30 works on paper. The most famous works by Auguste Rodin are coming from the Musée Rodin in Paris, including Pensatore, Bacio, Porta dell’Inferno, Borghesi di Calais. These works have made the history of sculpture and tell us about the exceptional nature of this exhibition. On show, we’ll also find the very first works of the artist, as the Bronze Age, a sculpture that caused a scandal at its appearance, and the Saint John the Baptist. The exhibition reconstructs the entire biographical and artistic story of Rodin through letters and documents. A special attention will be given, in this process, to the influence that Italian culture had on Rodin in the creation of his works.

MONET’S WATER LILIES IN EXHIBITION AT THE VITTORIANO OF ROME

Monet’s exhibition at the Vittoriano in Rome has been extended by popular demand until June 3, 2018. A public success that confirms the attention to the Impressionism master and to the masterpieces arrived from the Musée Marmottan Monet in Paris.

The works on show are the same that the artist kept in his house in Giverny and that his son later donated to the museum. Until June it will be possible to admire the famous waterlilies, the roses and all the paintings dedicated to the famous Japanese garden of the artist.

The exhibition’s itinerary retraces not only Monet’s artistic career but also the enormous wealth of his production. In addition to the waterlilies, we also find the rural and urban landscapes of London, Paris, Vétheuil and Pourville, and the portraits of Monet’s children. Among the masterpieces on show: Ninfee, Le Rose, Londres. Le Parlement. Reflets Sur la Tamise.

Complex of the Vittoriano – Ala Brasini

On the occasion of the 70th anniversary of the exhibition of the Peggy Guggenheim collection at the Biennale di Venezia, the foundation will celebrate the rooms that were set up by Peggy at the XXIV Biennale. An important occasion to view or review the masterpieces collected by Peggy Guggenheim in her palace on the Grand Canal.

In 1948, the works put together by the patron were exhibited to the public with an installation by Carlo Scarpa. This anniversary is the good excuse we needed to return to Venice and visit that magical place that is the Peggy Guggenheim Foundation and its garden. To admire her collection of Picasso, Magritte and Pollock and to enjoy again that incredible view of the Grand Canal.

Palazzo Strozzi in Florence hosts a great exhibition dedicated to Marina Abramović, one of the most controversial artistic personalities of contemporary art, who has always used her body as the main instrument of expression. On show, there will be more than 100 works that trace the artist’s career since the seventies, in addition to her most famous works.

Marina will be directly involved in the setting up of the exhibition and she will be present at Palazzo Strozzi to review some of her most touching performances. An unmissable exhibition both for those who already know her performances and for those who want to get an idea of the Marina Abramović phenomenon within contemporary art.

VAN GOGH, BETWEEN THE WHEAT AND THE SKY. THE EXHIBITION IN VICENZA 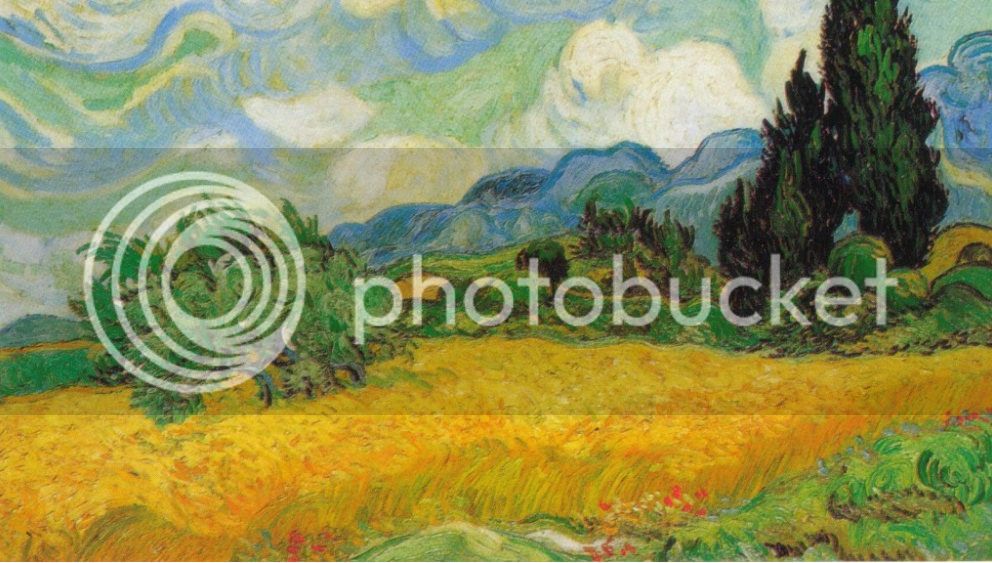 The Van Gogh exhibition Between wheat and sky will be set up in the Basilica Palladiana in Vicenza until April 8. On display, there will be 43 paintings and 86 drawings by the Dutch painter, many of which are coming from the Kröller-Müller Museum.

The Vicenza exhibition traces the entire life of Vincent Van Gogh both through paintings and through letters to his brother Theo. Reading these letters will help the visitor to enter the soul of the artist and understand deeply the root of his works, the torments that lie in it, and the fatigue, both physical and mental, which their realization entailed.

The exhibition will also give a particular attention to drawing. Often unjustly neglected, drawing is instead the crucial junction to understand the troubled birth of Van Gogh’s works and his life. A life marked by suffering and genius, two components that seem to go hand in hand and that never cease to fascinate. Not to be missed.

STEVE McCURRY. ICONS IN EXHIBITION AT THE VISCONTEO CASTLE IN PAVIA

The Scuderie of the Visconti Castle in Pavia will host a major retrospective retracing 40 years of the career of Steve McCurry, considered today one of the greatest masters of contemporary photography. Through over 100 shots, the exhibition Steve McCurry. Icons will take us on a journey from India to Japan, from Brazil to Burma, following McCurry on a symbolic and emotional trip through his most evocative images. On show are some of his most famous shots, including the portrait of Sharbat Gula, the Afghan girl that McCurry photographed in a refugee camp in Pakistan and that has become an icon of contemporary photography worldwide. A trip and an exhibition not to be missed.

Within the words of the curator of the exhibition, Biba Giacchetti, “With his photos, Steve McCurry puts us in contact with the most distant ethnic groups and the most diverse social conditions, highlighting a human condition made of universal feelings and looks whose pride affirms the same dignity. With his photos, he allows us to cross borders and to get to know a world that is destined to great changes. The exhibition begins, in fact, with an extraordinary series of portraits and develops between images of war and poetry, of suffering and joy, of amazement and irony “.